The ArtsLibris Barcelona 2017 program includes the presence of more than seventy international exhibitors, the 4th International Symposium on Artist’s Book and the Speakers’ Corner presentations, as well as the exhibition Legible-Visible. Between the Film Frame and the Page, curated by Mela Dávila; the presentation of the third book of the AL Series, by Javier Peñafiel; the guest project Fun Fan Fest, and several workshops. Besides, as every year, the ArtsLibris–Banc Sabadell Foundation Award will be granted.

ArtsLibris 2017 provides a dynamic and flexible space for debate, discussion, and exchange between authors, publishers and the general public. It holds a continuous program over the three days of the fair, with presentations of projects, dialogues and talks by artists and publishers, chaired by Glòria Picazo and Antonio Zúñiga.

Alicia Framis (Amsterdam) and Aurélien Le Genissel present the catalogue published by Blueproject Foundation on the occasion of the exhibition La habitación de los libros prohibidos by Alicia Framis at the Foundation.

Ahlam Shibli (Palestine) and Antonio Zúñiga talk about the inherent sequentiality on the Palestine artist’s work.

De Abacus a Zimbawe, performative reading departing from a series of words with the common theme La taula de treball, elaborated by the group 13L

Joan Fontcuberta (Barcelona) and Antonio Zúñiga talk about the narrative and fictional aspects of his work, seen not only on his books but also on his exhibitions displays.

Sandra Gamarra (Peru) and the curator Moritz Küng present the book Selección natural and other publishing works by the artist.

Michalis Pichler (Berlin) and Antonio Zúñiga present the book Thirteen Years, published in 2015 by Printed Matter with a large selection of works edited by the author.

Dramatised conference by Javier Peñafiel (Zaragoza) introduced by Glòria Picazo for the presentation of the third book of the AL Series, Teatro dentífrico.

Over the weekend there are a number of workshops for the general public with no prior requirements necessary.

In this brief bookbinding workshop we try to familiarise the participants with the editing of two small books using different techniques.

+Workshop on experimentation with paper through writing and seed germination to form words. Workshop in collaboration with FLIC.

The AL Series, a publishing project by ArtsLibris, works in collaboration with the Fudanció Banc Sabadell and honours its annual commitment of releasing a limited edition of an artist’s book. This year’s publication is by Javier Peñafiel (Zaragoza, 1964), entitled Teatro dentífrico and designed by Alex Gifreu.

Glòria Picazo and the artist himself present this edition inspired in the Modellbuch (model books) by Bertolt Brecht, which involves the audience by inviting them to actively intervene on its pages. ArtsLibris has two projects of limited editions: the AL Series, a collection of artists’ books produced with the support of Fundació Banc Sabadell, and the limited edition of tote bags and gloves, sponsored this year by Blueproject Foundation and designed by Ana Garcia-Pineda. 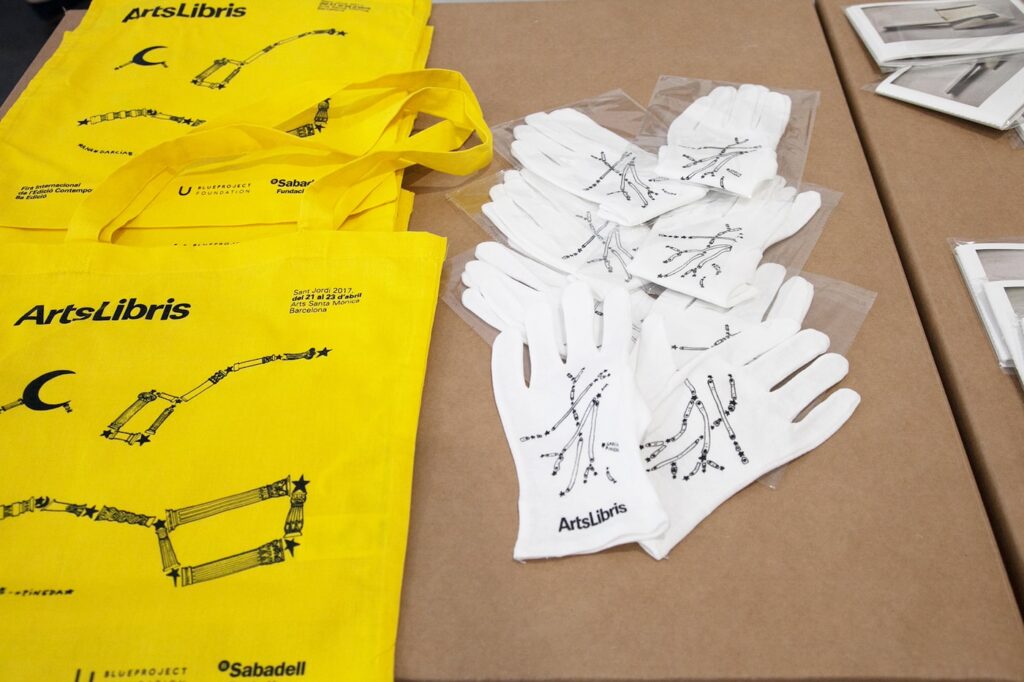 Faktura & Systematics of the Artist’s Book
April 21st and 22nd

The 4th International Symposium Faktura and Systematics of the Artist’s Book holds on April 21st and 22nd. It is divided into four conferences chaired by Glòria Picazo and Antonio Zúñiga and includes the participation of renowned professionals who debate three aspects of the culture industry where books work as a space and creative sign: the institutional model, the publisher, and the artist’s work. 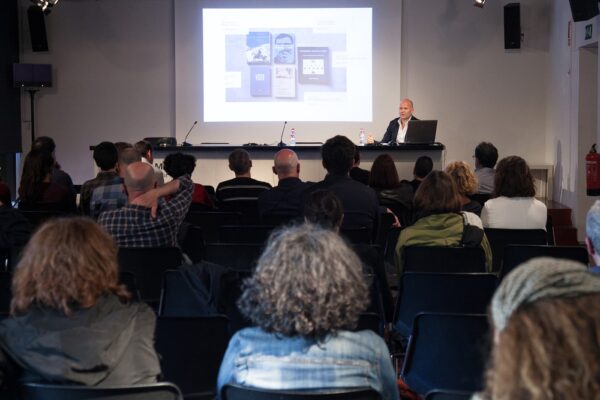 Publishing production and the artist’s work

David Maroto and Joanna Zielinska, artist and publisher specialized on artists’ books, such as the project The Book Lovers.

Faktura and Systematics of the Artist’s Book

The artist’s book as we know it today was formalized among the innovative elements that emerged from the early 20th century artistic avant-garde movements, but it was not until the 1960s that it was further developed in Europe and North America.

The speakers taking part in this year’s ArtsLibris International Symposium come from London, New York, Warsaw and Lisbon. Forming an international quadrangle, or frieze, these professionals outline three aspects of the culture industry that already featured in Lissitzky’s observations when in 1928 he referred to the book as a space and creative sign. These three aspects are the institutional model, the publisher, and the artist’s work in the medium of books, which combine to foment and modify the notion of the artist’s book ‘relaunched’ in the context of the ever-increasing number of fairs and the growth of specific collections within the archives departments of contemporary art museums.

Representing the institutional model is David Senior. He discusses the selection criteria used by the MoMA library and reveal how the collection’s contents are managed and made public.

The production and distribution of art books, where technique and industry come together to make real objects, is the area covered by publisher Michael Mack and curator Miguel von Hafe Pérez, who focus on the decisive role of the publisher who builds up a collection purely on the production of books, and of the curator whose selection of exhibition material forms a body that also shapes the idea of the artist’s book.

The third aspect of the symposium is the expansion and reconfiguration of the idea of the artist’s book in the figure of the artist him or herself. In The Books Lovers, artists David Maroto and Joanna Zielinska blur the professional margins and construct a curatorial piece with a set of books that acquire meaning through their project on the novel as artist’s book.

Fun Fan Fest is a festival, research platform and observatory of projects focused on local and international creative and collective groups that are linked to independent publishing through sound and image. Its way of working, based on the culture of proximity, prioritizes new creation based on the multidisciplinary and the coexistence of contexts; that seeks enrichment and local knowledge to build bridges globally. Fun Fan Fest is a project produced by Ana Manaia and Irma Marco from the TOOL_Eines per la Cultura platform. The presence of Fun Fan Fest as a guest project in ArtsLibris takes the form of a gathering of collectives and artists linked to independent edition through the exhibition of published material, art installations and works in progress, among others.

Graphic-sound installation in real time during the three days of the fair, Regula ab servos Libris, by Marc O’Callaghan.

We can read a book like we can travel a road, creating plot and characters as we go along. Participants give shape to their book, open doors, cut forests and discover secrets hidden in their pages. We create a book to play and tell.

Zigzagging til we get inside a book. A workshop for children in which to explore the possibilities of a picture in the context of a book.

The aim is to create a book-object with a “snaking” illustrated text which also emits sound, by means of little wooden boxes, wire and rubber amongst other materials, and which of course has our own personal touch.

“Group A looks at what is behind the corner book stand, the one who laughs and laughs in a strange way, the boy who is bored … They describe it by broadcasting it live to the B team upstairs, they write, Draw and scribble. “

By allocating roles out to a very special working team we put together a book in situ using walkie talkies and mobile phones.